As you look up from anywhere in the city, it is impossible not to stumble upon Monserrate hill, from its 3,152 meters above sea level, guarding the city of Bogota.

When Gonzalo Jiménez de Quesada chose the place to found Santa Fe, he was struck by the two huge hills that surrounded the plain. Taking advantage of the mystery and the majestic presence of those hills, he placed two large crosses at its top. A century later, Don Juan de Borja, President of the New Kingdom of Granada, authorized Don Pedro Solis de Valenzuela in 1640 to build a chapel dedicated to the Virgin Morena de Montserrat, whose Sanctuary is located in the province of Barcelona in Spain.
Don Pedro Solis, architect of this work, didn’t want it to end there, he knew that the place was ideal for a monastery, which was finally built in 1657 with the help of the Santaferenos. Years later he would accommodate his most illustrious guest: the Fallen Lord of Monserrate, work of the Santaferian master Pedro de Lugo and Albarracín who achieved not only a beautiful image of impressive artistic value , but also managed to gather the religious faith of the city.

Since that time, every day, thousands of believers climb with devotion the steps that lead to the Sanctuary at the top as a penitence. While thousands of other tourists, athletes or curious people arrive by foot, in Funicular or Cable Car.

The view of Bogota from Monserrate, the faith evoked by its Sanctuary, its pilgrims, its gardens and fountains, its gastronomy, its fog forests, its sunsets, its starry nights and its majestic moon, make visiting Monserrate hill a unique experience.

View from the Monserrate Hill

Monserrate, the hill of Bogotá

Over time the Monserrate hill has become a cultural symbol of the city, where national and international visitors choose it as a must-see tourist destination in Bogota

The Sanctuary of Monserrate in Bogota, encloses great myths and legends about its construction and its development. In addition to being an excellent tourist site, in this section we will tell you about the memories and we relive what this place represents for the city. 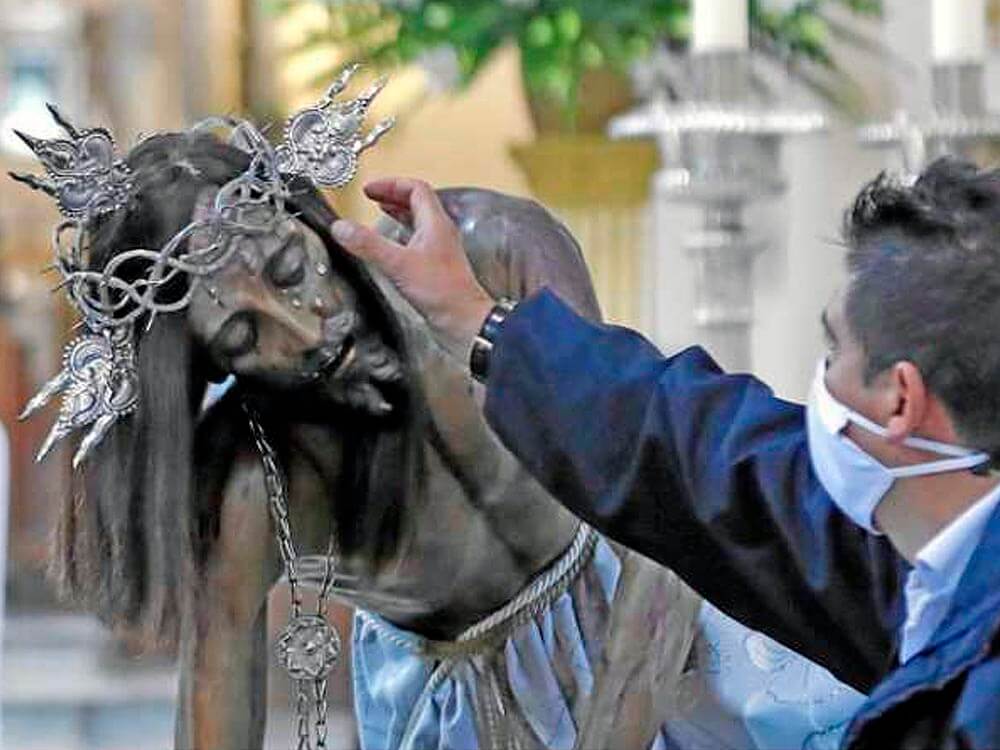 Descent of the Lord of Monserrate August 2020

On August 9, the image of the fallen Lord of Monserrate descended from the Cerro to the … 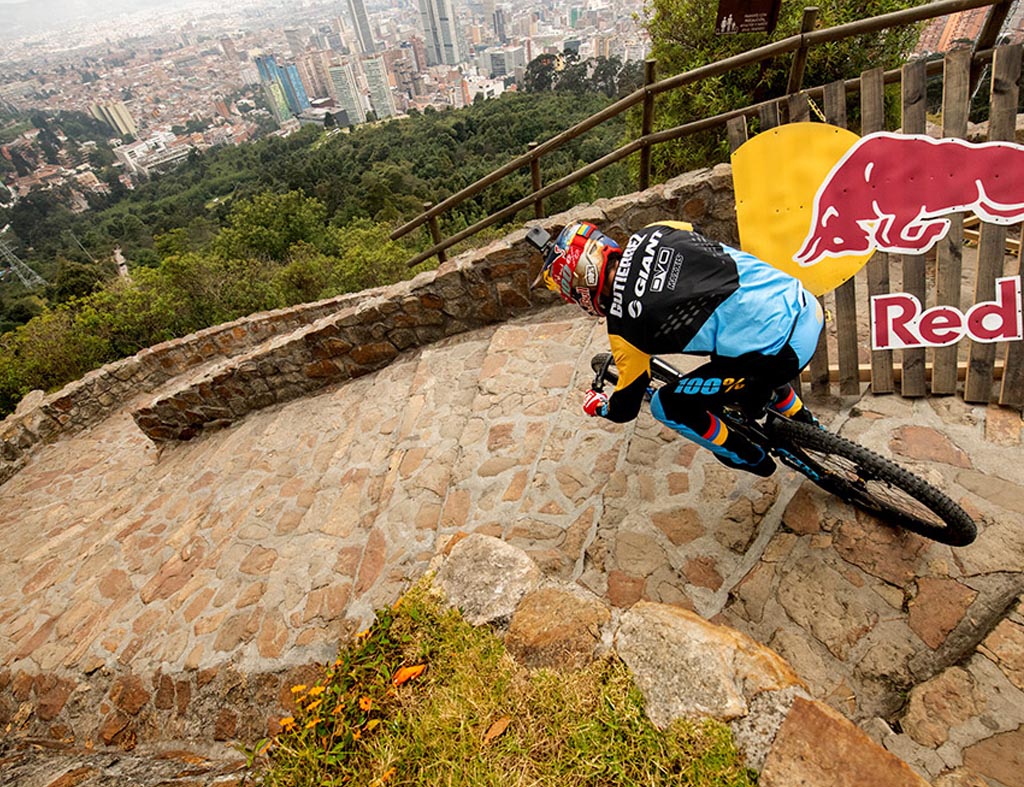 Pyrotechnic Games December 21, 2019
With a great show of lights and pyrotechnic games, Cerro De Monserrate will be lit this December 21s
VER DETALLES

The high Andean forest, is located between 2750 and 3200 meters above sea level, with temperature between 9o C and 12o C, it is characterized by high and closed vegetation with forests of Weinmannia tomentosa and other species such as Aestuans Bejaria, Clusia multiflora, Drimys winteri, Myrtus communis and grape.

The low Andean forest, appears on the low slopes of the hills between 2550 and 2750 meters above sea level, is formed by a great diversity of species such as the Ficus elastica, Oreopanax bogotensis, Bocconia frutescens, Brunellia, Vallea stipularis and great variety of ferns, espeletias, Andean Bamboo, Vegetable ivory and lichenes among others.

Monserrate widlife is typical of the “High Andean Forest”, an ecosystem characterized by its rich biodiversity; where you will observe some species classified as endemic and almost endemic such as the Chamicero cundiboyacense (SILVERY THROATED SPINETAIL, a bird from the Colombian regions of Cundinamarca and Boyaca).

Over 100 species of birds have been identified on the hill, including over 15 hummingbirds; there are also mammals such as red-tailed squirrels, Nasuas, Opossums, and foxes. Among the reptiles and amphibians that has been identified you can find the Bogota lizard, Andean lizard and different rain frogs.

How to get here?

If you are downtown, you must walk headed to the Quinta de Bolivar and once you are there, continue walking 300 meters approximately towards the eastern hills of Bogota. There you will find the Funicular station.

You can also find the best route in the following link.

If you wish to share this plan with your family or friends by car, we recommend you to take Circunvalar Avenue in any direction, other suggested roads are 26th Avenue and 19th Avenue. Right in front of the Monserrate station, you will find different public parking spots where you can park your vehicle.

If you are using Transmilenio, you can get here from anywhere in the city. You must take a bus that says AGUAS or UNIVERSIDADES. You will identify them because the bus number also has a letter, in this case, J for example J24, J23, J72, these routes will stop at the stations Aguas or Universidades. Once you go to any of those two stations, you will be very close to Monserrate hill, you can get there walking (10-15 minutes), take a taxi, a taxi should charge you approximately between $5000 to $6000 Colombian pesos.

In the following link, you can check out the different routes available in the city.

If you are arriving from another country or city, please make sure you take a registered taxi from the airport. Monserrate is a very popular and known place in Bogota, most taxi drivers know how to get there.

The address is Carrera 2nda Este #21-48 Cable Car and Funicular Station, close to the Quinta de Bolivar Museum and the University of Los Andes. The most common road to get there is the 26th Avenue and the Circunvalar.